Tessa May Lance was a fighter pilot who served aboard the USS Theurgy as one of the Lone Wolves Valkyrie Squadron. Tessa aided in the opposition against the parasites that compromised Starfleet Command in the end of the 24th century.

Tessa May Lance had a wonderful childhood with all of the benefits that the United Federation of Planets could give her. However since becoming an officer, she had encountered a multitude of trials which shaped and molded her into the person she has become today. 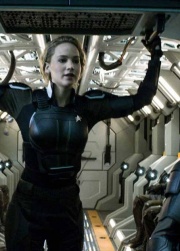 She was shaken out of her comfortable little world by the Dominion War. She had enrolled in Starfleet to fly starships and explore strange new worlds but Starfleet needed warriors so that’s what she trained for. Thankfully a four-year course lasted longer than a two-year war and she was spared from getting into any major engagements. She was able to benefit from Starfleet’s experience on the front lines and was one of the first cadets to officially enroll in Starfleet's Tactical CONN Academy.

During the last year of the war, she was one of the Starfleet cadets who was taken to the emergency evac station on Mimas during the Breen attack on Earth. 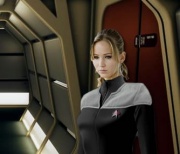 This was the extent of the combat action she saw during the Dominion War, but it was enough to underline the importance of the newly created Tactical CONN Department's mission. Nevertheless, Tessa never even left the Sol system during the war. It was not until the war ended that she even took her cadet cruise aboard the USS Dauntless as part of Cadet Training Squadron 47.

After graduating with the rank of ensign Tessa spent a year aboard the USS James Kirk, where she met Commander Marcus Alexander Slayton who was serving his final year as executive officer for the Kirk at the time. During this time Tessa's flight record was so impressive that she was handpicked to fly the Valkyrie Mark III prototype and join the Lone Wolves Squadron aboard the USS Theurgy. Her commanding officer in charge of the Valkyrie Mark III program, Lieutenant Commander Taylor Lucas, recommended her for a promotion to Lieutenant Junior Grade when her first tour with the Lone Wolves ended.

Tessa began her second tour on the Theurgy with a promotion and a buoyant feeling, optimistic about a fresh start on a fresh ship, but that did not last long. With the discovery of the parasitic infestation of Starfleet Command and her ship and crew's flight from Starfleet, Tessa lost all of the people she cared about in one day. All her friends and loved ones who previously had been a subspace channel away were cut off. To contact them would not only place the Theurgy in danger but would no doubt be a death sentence for anyone she contacted as the conspiracy silenced them. Trapped in a tiny room whose walls were made of loneliness, she all but threw herself at the infected crewmates during the Niga outbreak. The rest is still a blur. In the aftermath, she found her surroundings changing and her pool of potential friends shrinking. During the Ishtar Incident (or at least her temporally-displaced memories thereof) she recalls aggressively taking on two men and one woman, or was it, two women and one man? She's not sure. It was pretty confusing then. All she knew was that the gods seemed to be against them, sadistically using them as playthings against their will. Then Calamity struck—literally. 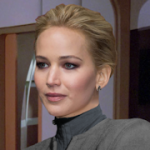 A ship from the future calling itself the Calamity attacked the carrier with superior weaponry twenty years in advance of the Theurgy’s. When the Harbinger contacted the Theurgy and arranged for a sharing of information and personnel Tessa Lance noticed the brutal nature of the Harbinger’s Dor'GhItlh Squardon. When the Harbinger’s commanding officer Captain Delcan Vasser attempted a coup against the Theurgy Tessa fled the fighter assault bay with the deck crew and a fellow pilot by going through the Jeffries tubes. She was horrified to see one of her fellow pilots shoot another down and had difficulty trusting Lieutenant Commander Wenn Cinn when he took command of the effort to take the ship back. She later participated in the retaking of the bridge and was back in the cockpit in time for the final battle with the Calamity.

The Lone Wolf Squadron took devastating casualties after fleeing the Federation. The squadron's commanding officer, Lieutenant Commander Taylor Lucas was an early casualty, being put in cryostasis until his injuries could be treated. This was only the beginning of a series of injuries and fatalities that plagued the squadron. After being trained to think a unit, this was difficult for Tessa to deal with, and she openly wept after nearly every engagement.

Despite the treachery done by the crew of the Harbinger, Tessa welcomed Ensign Christopher Slayton to the team with open arms, but had difficulty sharing him with others such as shuttlecraft pilot Kanti MacTavish or his old squadmates from Dor'GhItlh Squadron Talidenai zh'Idenna of Andoria or T'Zantha from Vulcan who they picked up after the engagement at Starbase 84. Despite the cliquishness that develops in a unit, Tessa attempted to make an effort to welcome her new squadmates and attempt to make them feel like part of the team. When MacTavish, Slayton, zh'Idenna, T'Zantha fell in battle, Tessa withdrew into herself, spending most of her free time on the holodeck and avoiding even her old shipmates.

After the battle against the Borg, the additional staff provided by the USS Bellerophon, the USS Cayuga, and the USS Resolve meant that there were finally enough counselors aboard the Theurgy so Tessa could finally get the therapy she needed.

After obtaining sufficient counseling from the ship's slew of counselors, Tessa returned with renewed vigor in her duties, her job, and her personality. Adopting a think and internalize first personality, she was able to reconnect with shipmates, building the morale she had encountered in her early days onboard the USS Theurgy. 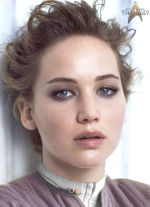 The betrayal of Starfleet and becoming a fugitive shattered Tessa’s safe little world and took her sense of identity with it. She was once a cheerful optimistic patriot but after going on the run she didn’t know what to believe or who to trust. The threads were beginning to fray and she found herself regressing into a childish, almost innocent mindset in order to cope.

As of March of 2381, Tessa's personality was mercurial going from extremes of emotion in minutes. She exhibited difficulty with concentration and situational awareness and became uncharacteristically uncoordinated outside of a cockpit. To her chagrin, she has become increasingly undisciplined, becoming little more than a glorified civilian, and has lost that "Death or Glory Spirit" that is essential for a warrior. Her speech and vocabulary has become almost childish at times and she has been spending more and more time hiding from the rest of the squadron so they won't realize what a liability she's become. The universe seems to be out to get her and she finds herself going from fits of despair to absolute terror.

After taking extensive counseling, she obtained a specific form of Vulcan mind-meld to ease her thoughts and developed a more stable personality in terms of her emotional state. Tessa has rediscovered the "Death or Glory Spirit". However, due to many battlefield traumas, she has also fallen into a sense of introversion while in social gatherings as to not be hurt again. This trait has made it so she is able to completely cope with difficulties, allowing time to fully internalize the situations before reacting. Although she can still be personable, kind, fun, and ditsy, she has created a barrier over the multiple team-related deaths to prevent further hurt. Having adopted a newfound vigor and strong sense of duty and honor, she has put aside many but not all personal relationships to standout with her performance and duty to better climb the ladder of command as she was inspired to do from a past conversation with Alessia. 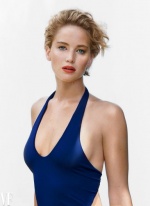 In 2381 Tessa May Lance was pleasant to look at, with high cheekbones, smooth silky hair, and a figure that would make a Renaissance sculptor drop his chisel. She isn't above using her model-like good looks, raspy voice, and sarcasm to gain the upper hand in combat. Although she was fun and ditsy, her combat training has propelled her to be a standout warrior in the field. She had no physical scars to speak of, although she did have a birthmark in a rather intimate spot.

Parallel Universes - "What if?"