Petty Officer Second Class Eliska Bremmer, was a Security Officer on the USS Theurgy. She originally served aboard the USS Resolve before its destruction in March of 2381 during the Battle of Starbase 84. She was KIA while the Theurgy underwent repairs at Aldea. Before her death, Bremmer aided in the opposition against the parasites that compromised Starfleet Command in the end of the 24th century.. 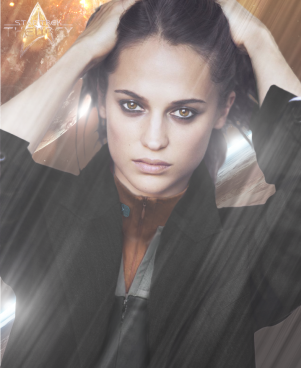 Eliska Bremmer was born on Nova Kosice, a colony world originally settled by a group from Germany, the Czech Republic and Poland in the early days of warp travel. Truthfully, her childhood was utterly devoid of any sort of trauma or strife. She played with her friends, helped on her family's farm, played in the gravel pits near exausted mines, went swimming in mining pits reclaimed as parks and lakes, attended school. All the things children do.

But, in her teen years, she found herself, in her teen years, wondering whether there was more to life than farming, energy extraction, or the other industries that indirectly supported her homeworld's economic lifeblood. However, her mother, Karolin, was less than supportive of anything that would lead her away from the provincial existence they enjoyed. She even went so far as declining to sign the permission form for the fourth grade field trip to the spaceport that would have included a single orbit of the planet, and in the seventh grade she categorically refused to let her take part in a field trip involving the use of a transporter.

Her father, Niclas, on the other hand, was realizing his beloved daughter was being stifled. And he did what he could. Model starships were not allowed in the home, but he turned Eliska towards other forms of escape and he showed her books and films about how past generations viewed the future, and space, and that only served to further inflame her imagination.

However, her mother was not particularly fond of what her father was doing, so when Eliska was fourteen years of age, her mother stated she could no longer put up with Niclas' 'childish ways' and if he thought he was better at raising their daughter, he was free to do so and along with divorce papers, she surrendered all parental rights and moved to the other side of the planet, as far as she could be without actually going into orbit.

For a time, both were a little lost, but Niclas Bremmer was a good man, and he encouraged his daughter to find her own way. And when she turned 17 and could legally join Starfleet, he was more than happy to give her his consent, and their goodbyes had been teary-eyed but joyous enough. For she would see the stars.

However, the education system on Nova Kosice was, to be kind, lacking. And given how limited her exposure to advanced math and science had been, Eliska learned she would never make an officer, or fly a shuttle, let alone a starship; she had no aptitude for medicine, and if she wanted to do maintenance, she could have stayed home. So instead, she elected to go into Security. And that is where she found her niche and excelled in her training.

Her first assignment out of the Academy was to the USS Grainger, an aging Excelsior-class ship that was involved mostly in customs inspections and counter-smuggling operations for which a ship that was past her prime was quite suitable. And, for a Security officer, it meant she would get a lot of practice at doing more than walking the corridors or standing in front of the door to a restricted area.

Just a shade under two years later, and a promotion to Petty Officer Third Class, Eliska was posted to Starbase 33 where she was assigned to the consular security detail, looking after the safety and well-being, as well as controlling access, to the diplomatic areas of the Starbase. While she had a chance to meet and interact with many more cultures in that post, she viewed it as somewhat dull compared to the excitement of boarding a vessel and not knowing whether it was simply an innocent tramp freighter or if she was coming into a den of smugglers, slavers and pirates. However, with the outbreak of the Dominion War, things changed.

Her role was no longer entirely about looking after VIPs, but it had to be usable as combat troops against the Jem'Hadar. And as such, as soon as such a program's curriculum was compiled Eliska Bremmer was sent to the Advanced Ground Combat School, where the basic skill she had learned in Security were honed to a finer degree. Oh, she knew how to take part in an opposed boarding and how to secure a ship quickly, but she learned to do it better. She knew she could handle herself in a firefight, or even hand-to-hand, but she was drilled even harder; she was zero-g and vacuum-operations rated, but those skills had been even further refined to make her truly a force to be reckoned with once she was in her suit. And on top of that, she learned how to take part in raids and patrols and ambushes, and how to defeat those even when the initial odds were thoroughly unfair. And in the end, she and the other graduates of the program were assigned to ground combat task forces, where she spent the rest of the Dominion War.

Once hostilities ceased, she found herself both promoted to Second Class and ready for a rest, and when an opening arose on the USS Merrimac for someone of her rank, she was more than willing to take it, even if it was as Assistant Mistress-at-Arms. But then again, it was a good chance for a rest.

But before long, she grew restless, and when there was word of a crew being assembled for a long-duration, deep-space mission, she jumped on the opportunity and submitted her candidacy. Turned out, her advanced qualifications in ground combat, her experience during the war, the time she spent working customs and especially the exposure she had to different races and cultures were all traits in high demand for the mission, and she was appointed as Mistress-at-Arms of the USS Resolve, but she was assured she would spend a great deal of time off the ship, too.

And, not long after her assignment to this mission, she found herself and her crew flung across space. And never had she thought of just how right Starfleet Personnel Offices had been when they said her skills would be most valuable.

And, three grueling years later, they were back in Federation space, only to be on the run again, this time from their own people apparently, to be rescued by renegades at no small risk to themselves, no less.

Renegades who made a hell of a lot of sense when they explained themselves, and whose cause she was more than willing to join, for the Starfleet she knew when she took her post on the Resolve would never have behaved the way Captains Hawthorne and Slayton and Admiral Sankolov had.

Eliska's sense of wonder was something that was not affected by her time on the USS Resolve. In a way, it was one thing that allowed her to cope with the extended duration of that cruise and all of all the stresses that came with it. Overall, she was a happy, if a little sarcastic individual and approached most days and tasks with good cheer and enthusiasm. Which is not to say she was incapable of being serious or professional, for she took great pride in her work with Starfleet, especially being the first member of her family to be off-world in over a century.

But it was not to say that the time she spent on the Resolve had not taken its toll on her. For one thing, the vessel's accommodations for her rank level were much more communal, and while there was a little more floor space than in crew quarters, it was still a single common area with a shared head, and bunks on either side. Which meant she had grown accustomed to always be around other people, even in her downtime and the privacy of her quarters. As such, she was more than a little uneasy with being alone at all. Something related to this had to do with what was expected to be a simple supply run for the ship she was involved with, but instead of meeting a contact who would sell them raw materials to manufacture repair parts and other stores, they fell into the hands of a government intent on using the away team as bargaining chips to add a starship to their fleet.

But, being combat-trained, Eliska put up much more resistance than her teammates, and she found herself isolated from her crew and locked in a box that was little more than an opaque perfectly sound- and vibration-proofed four-foot cube that could either be complete and utter darkness or stark white light, until she was rescued a few days later. As another effect of this mission, she felt extreme discomfort at the idea of away missions outside of transporter range, sufficiently so to have an effect on her performances.

The many stresses of the long voyage had also left her with a very bad startle reflex, and she had a marked dislike for people 'sneaking up on her', or even worse actively trying to get her to jump.

Furthermore, with her arrival on the Theurgy she found herself quite conflicted as her loyalties were torn between her old crew given all that they have done together and the people and captain of the Theurgy who risked so much and took severe casualties of their own rescuing them. 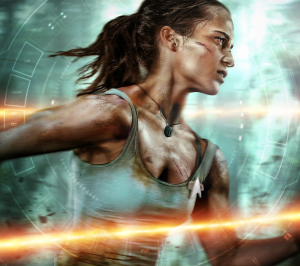 Eliska had always been fit. Such was a general trait among the natives of New Kosice, where fitness and hard physical labour were still common despite the technological age they lived in. And given her early interest in the historical martial arts of her family's ancestral homeland back on Earth, her excellent stamina and the strength her lean and wiry muscles gave her were coupled with excellent reflexes.

And if she thought she was strong, tough or fast before she joined Starfleet, she only got better between regular hand-to-hand combat training, the few sparring partners she could find on her postings, and just the rigours of her job (and a nearly compulsive need to exercise on a regular basis).

As such, her body was lean and trim, and while she had nothing to be ashamed of, she knows she was hardly the best-endowed woman so far as her breasts go.

But, despite everything, she was still quick to flash a bright smile full of white teeth. That was when she was not on guard duty or in active operations, at which point she wore a look of blank intensity.

Off-duty, she preferred to wear simple, comfortable clothing that remained practical. Simple pants and shirts, sometimes with a vest or a jacket more often than not; or workout gear, for she valued her comfort even outside the gym. But that was not to say she didn't clean up quite nicely when she has to.

In her early years in Starfleet, when she was getting tired of applying eyeliner and eye shadow every day, she had her eyelids and the rim of her eyelids re-pigmented to a stark, dark shade. This, combined with the braid she usually wore her hair in, tended to give her a look of great intensity regardless of what she was doing.