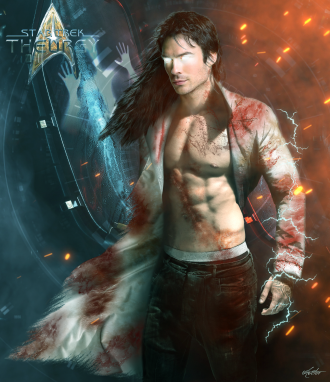 The nature of this threat to the galaxy was shrouded in mystery, but the parasites of the nameless darkness were not easily detected. They did not appear on tricorder scans, and while the crew of the Theurgy is still investigating their nature, the parasites existed in a state of flux. When the parasites were introduced to the hosts, the effects were both physiological and mental. Observations of closely studied hosts, Ensign Sonja Acreth and Dr. Lucan cin Nicander, made it evident that the hosts were granted superior strength and resistance towards neurological trauma - the stun settings of phasers included.

Based on what Ensign Acreth told her interrogators on the USS Theurgy, it was evident that the alien parasites were of chaotic origin, meaning to tear down the structure of all societies - actively trying to dissolve the Federation and all other galactic powers from within. It was not entirely clear why or how, but it seemed it lay in the parasites' nature to return matter to its original state - energy - and to do so on a galactic scale.

Moreover, they did not deem themselves individuals, but a nameless darkness without structure (see also: The Great Attractor). Structure and direction seemed to be granted by their hosts in order to achieve their ends, making their existence a paradox. One thing was certain, and that was how the parasites thrived in the extremes of the process towards their intent. It was why they meant to spread the Niga virus, which would not only tear down all the Galaxy's societies, but also constitute a form of high-grade narcotic for the parasites and their hosts throughout the galactic outbreak. 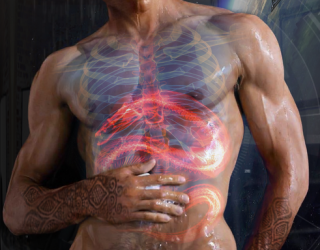 Image: Phased manifestation of the nameless darkness inside a Host.
Since the parasitic manifestation of the nameless darkness existed in a state of flux, information provided by Dr. Lucan cin Nicander during his captivity suggested that using subatomic anyon particle emissions might dephase the parasite and bring it to the same existence as the host body, likely killing the latter in the process. The parasite would be fused with the matter which it might occupy inside the body, and thus become neutralised as a threat.

The nameless darkness also seemed to be sensitive to a certain kind of bio-luminescence, emitted by Radiants. The light of Radiants had a transphasic wavelength which could reach the parasites, and thus both hurt and diminish the control it held on their hosts. This was how Dr. Lucan cin Nicander became himself again after more than four years under parasitic control. There was also a theory about the bio-luminescence of the Radiants, that it held a chroniton variance that would make it reach not just beyond space, but time as well. This was, however, unconfirmed as of the middle of March 2381. By then, it was also unknown if this light could completely repel or damage a parasite from a host body.

As of the middle of March 2381, little was known about the origin of the threat, but recent revelations about the lights of the Radiants suggested that the threat began with a breach in time and space that led to the nameless darkness, which might have infested the one that made the breach. After that, with the first Infested furthering the needs and the hunger of the dark, more hosts were brought to the breach, and more Infested were made gradually while the darkness leaked into the dimension in which the breach had been made. This would explain why the number of Infested didn't increase exponentially with their numbers, but the selection process was slow and deliberate. 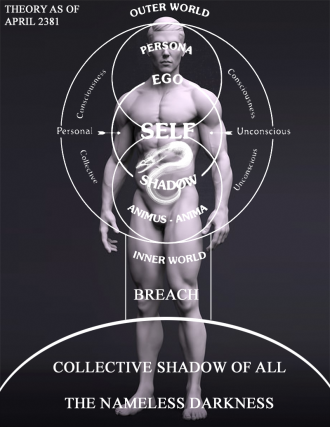