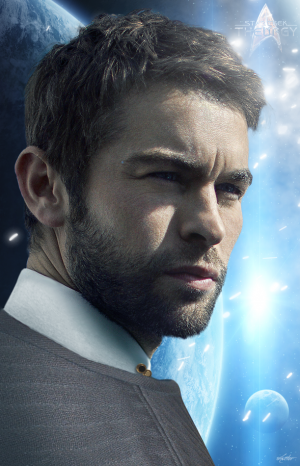 Ardanans, sometimes called Ardani, were a warp-capable humanoid species native to the planet Ardana in the Mu Leonis A system of the Beta Quadrant. The species put a high importance on intellectual pursuits and the arts. They were renowned for their advancements in anti-gravity and export of zenite, a rare mineral useful in countering plant diseases.

Ardana was a Federation member world admitted in 2263. While several Ardanans have served on the Federation Council, none have held the office of president.

In outward appearance, Ardanans were identical to humans. Internally, there were a number of physiological differences. In their brain chemistry, specific neurotransmitters connected disparate areas of the brain as a result of a bioengineered parasite developed by Ardanan scientists to enhance their artistic and intellectual abilities. This contributed to the Ardanans rapid technological advancements early in their development before the practice was eventually outlawed. Descendants of these early Ardanans exhibited similar brain patterns to their ancestors albeit to a much lesser extent with each passing generation.

Ardanans also possessed slightly larger than normal lungs for humanoids their size. This was an evolutionary development that was a result of lower than normal oxygen levels for M-Class planets of similar size. The larger lung size allowed Ardanans to breathe with less difficulty in their cloud cities and in the deep zenite mines.

Early Ardanan civilization developed as migratory tribes began to settle in fertile river valleys on the surface of Ardana. They eventually formed independent city-states which developed their own unique cultures and customs. War between city-states was rare as conflicts were often resolved through debate and oratory contests. This peaceful stability allowed the Ardanans to focus more heavily on the arts and scholarly pursuits.

Over time, the city-states began to form loose confederations led by the nobility and wealthy oligarchs. Eventually, these leaders agreed to cooperate more closely and they formed a centralized government called the Plutocracy of Ardana. Led by a High Advisor and a legislative Council, this democratically elected government was largely controlled by the upper-class of society which favored their own interests over those of the common Ardanan. Despite this, the Plutocracy of Ardana was admitted into the United Federation of Planets in 2269.

The class divisions were further deepened in the early 22nd century with the founding of Stratos, the Ardanan capital city suspended in the clouds by powerful anti-gravity engines. Stratos was primarily occupied by a minority of Ardanans who referred to themselves as “city-dwellers” and grew wealthy off the export of zenite, a rare mineral only found on Ardana that was useful in countering plant diseases.

By the early 23rd century, Ardanan society had developed into two castes: the city-dwellers and the surface-based troglytes. The troglytes were considered to be mentally inferior and were suppressed from participation in government. Unknown to both the city-dwellers and troglytes, their mental disadvantage was the result of exposure to gas emanating from unrefined zenite and was fully reversible.

A resistance group known as the Disruptors, formed primarily of troglytes who had less exposure to unrefined zenite, began to put pressure on the city-dweller led government by taking hostages and withholding zenite shipments. The government reacted with harsh sanctions, public torture, and the execution of political dissidents. When the USS Enterprise visited Ardana in 2269, the situation was exposed to Starfleet. The troglytes were advised to start using specialized breathing masks to counteract the effects of the gas and the planet was referred to the Federation Bureau of Industrialization to resolve the societal conflict between the city-dwellers and troglytes.

By 2381, reforms in the government under the direction of the Federation Bureau of Industrialization had proven to be largely successful. The legislative Council was expanded to allow for a body more representative of all Ardanans. The power of the High Advisor was diminished following a failed attempt by Plasus, the elected leader in 2269, to unilaterally withdraw the planet’s membership in the Federation. 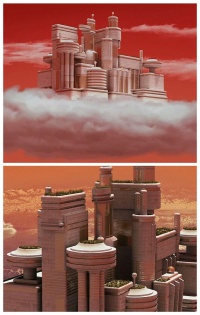 The Ardanan government was known as the Plutocracy of Ardana. It was led by a democratically elected High Advisor and legislative Council.