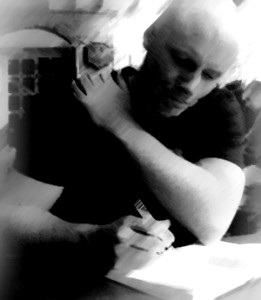 The Game Moderator (GM) has a key role in a sim, providing the narration, Non-Player Characters’ (NPC's) actions, consequences for actions of the characters the writers play, and facilitate the rules to progress the story being told on this site. The GM takes the responsibility to know the rules, prepare the structure of the story, and keep the threads from being abandoned. It can be a challenging role, but often hugely rewarding. The GM also help writers to make informed choices by highlighting their characters' circumstances and ability to act; but you also take charge of the opposition, the antagonists and their plans, actively working against the characters the writers play.

Game Moderators are primarily storytellers; they frame the action and show the other writers the challenges present in the unfolding plot. GMs aren’t storytellers in a sense that they compose the entire narrative and dictate all the actions that the characters will take in the story. The GM create the setting and circumstances for the writers' characters to act within. This is called framing a scene. Framing is simply a description of the circumstances the characters find themselves in, introducing the writers to the situation at hand. Every story contains drama that arises from conflict, whether that’s social, political, physical, or intellectual in nature. Problem solving is at the heart of Star Trek stories. Just as the crew of the USS Enterprise responds to dilemmas as they explore the Galaxy, writers at Star Trek: Theurgy come to the forum to engage in their own problem solving. The GM is the person who presents them with those problems, even creates them, and responds to their solutions creatively and dramatically. The key difference that a sim has, compared with normal storytelling, is the addition of the other writers. They collaborate with the GM, shaping their own character’s responses to the unfolding drama by trying to solve the conflicts presented to them.

The key as a GM is to have the structure of the story while leaving space for the writers' characters to act. The GM does this by having key points of the story prepared — events that would happen regardless of writer intervention — as well as having the beginning clearly prepared while also having in mind possible outcomes of the story, including what the consequences are for failure.