There aren't any users online.

These are the different kind of awards in the sim. To earn these, you either participate in the story actively or get nominated when nominations are made for the listed awards. See further down on this page for nomination rules and how you nominate someone you find eligible for an award.

These are handed out to our writers for participation in the story at various stages or for dedicated, active membership.

Awarded for participation in Episode 01: Outbreak.

Awarded for participation in Episode 02: Whatever Gods May Be.

Awarded for participation in Part 1 of Episode 03: Unconquerable Soul.

Awarded for participation in Part 2 of Episode 03: Unconquerable Soul.

Awarded for participation in Part 3 of Episode 03: Unconquerable Soul.

Awarded for participation in Episode 04: Simulcast.

Awarded for participation in Part 1 of Episode 05: Courage is Fear.

Awarded for participation in Part 2 of Episode 05: Courage is Fear.

Awarded for participation in Episode 01: Advent of War, in Season 2.

For writing in the sim for three or more continuous years.

For writing in the sim for five or more continuous years.
SIM CONTRIBUTION AWARDS

These are handed out to members who have devoted a lot of time and energy into help building our community in some way. 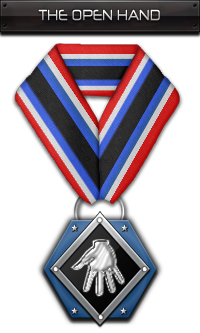 Awarded to a writer who has recruited at least three writers to the sim. Alternatively, for mentoring five or more Applicants and writing starting threads with them upon joining. 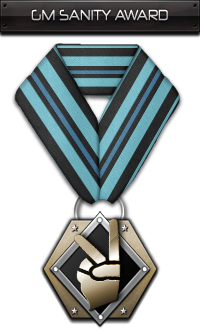 Awarded to a writer in thanks for helping to keep the GM sane. The writer may have taken initiative to play an active role in a project or significant plot, been a helpful posting partner, given OOC administrative assistance, or simply was extra supportive, encouraging, or making the GM laugh. 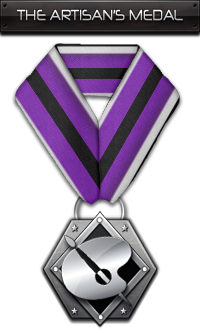 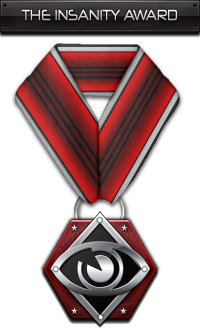 Awarded to an writer who goes through extreme, even insane measures to get an administrative project done for the sim, well beyond any kind of expectations from the GM. 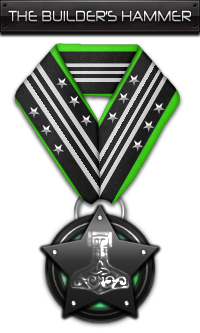 Awarded to a writer for devoting extraordinary time and energy to create and maintain the Theurgy wiki database for the benefit of the sim and its writers. This medal recognizes these efforts and acknowledge the blood, sweat and tears they pour into facilitating the community and the rich Theurgy lore. 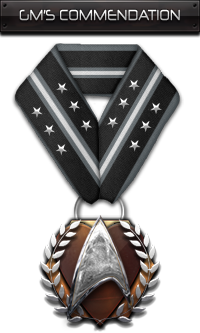 Awarded by the GM in appreciation for any act or contribution to the sim which is especially superogatory, rising above and beyond expectations.

These are awards given for writing feats in our story. 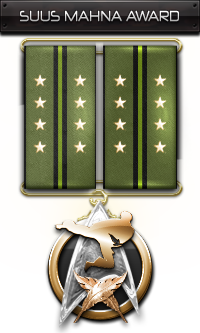 Awarded to the main contributing writers in an action scene that stands out way above the norm in terms of pace, thrill, scope and stakes. 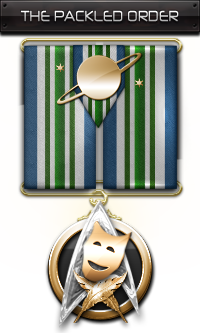 Awarded to the main contributing writers in a humorous scene or situation that stands out way above the norm in terms of inducing laughter for the readers. 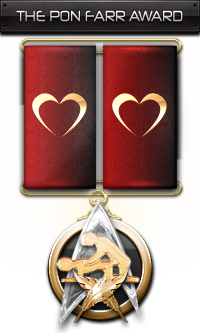 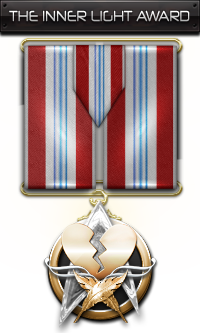 Awarded to the main contributing writers in a dramatic scene or situation that stands out way above the norm in terms of emotional impact, keeping the readers on the edge of their seats and wondering what may come next. 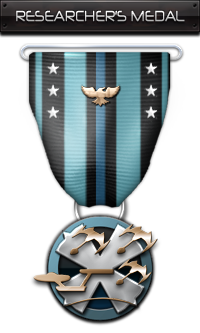 This is dedicated to a writer who mines Star Trek canon for technical or cultural details, or built an species that truly stand out in originality. To read posts from this writer is to feel as if one is walking in the shoes of a real person in the Star Trek universe. Details should have long-lasting effects on the Theurgy story as a whole. 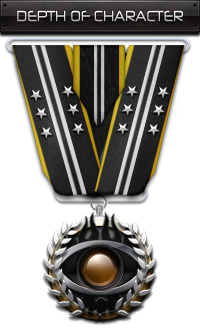 This award is bestowed on a writer who demonstrated extraordinary character development and depth of writing. The character's plot goals are long-term with life-altering changes. 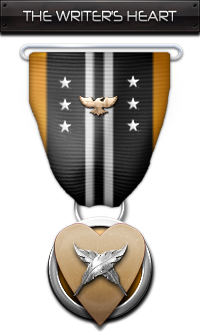 Awarded to a writer who through real-life crisis keep current with plot despite an overwhelming level of events occurring or mounting obligations. The player may be only able to post at a minimum level for up to three months, but their contribution is consistent and focused. 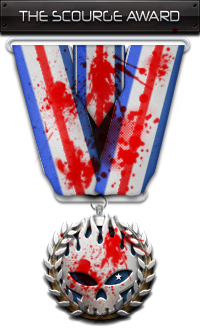 Awarded to a player in recognition of their willingness and ability to put their character through extraordinary personal hardship, be it suffering through sickness or personal crisis, through which the writer contributed superb posts relevant to the situation. The writer who gains this award is a master at torturing their character(s) for the enjoyment of others. 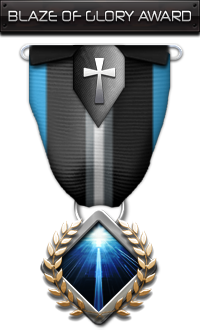 Often we see the completion of a character's life; yet this character's story has a beginning, a middle, and an ending. The writer not only willingly self-terminated their character, but did so in a dramatic and/or endearing way. The ending must be in "a blaze of glory" with superior epic or poetic quality. 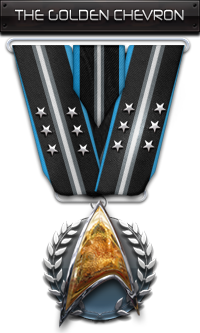 This award is nominated by anyone, but only handed out once every second year to the most outstanding writers in the sim.
AWARD NOMINATIONS

Here are the rules for Award Nominations:


All nominations will be added to the poll that will determine the winner of the award.