Difference between revisions of "Starfleet Intelligence" 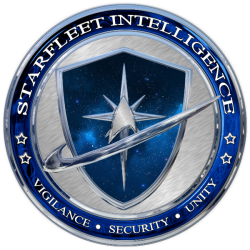 Starfleet Intelligence was a branch of Starfleet responsible for gathering and analyzing information concerning neighboring powers in the galaxy. The duties included scouting of potentially dangerous space, recognisance of enemy locations of interest, and classification of enemy ships. This, just to name a few tasks. Starfleet Intelligence also maintained a small number of operatives, and countered operatives, within the governments of threats and potential threat races. It was also responsible for the analysis of potentially dangerous cultures possessing warp travel. Another branch of Starfleet Intelligence was the Department of Internal Affairs, which was charged with keeping track of Starfleet operations to ensure that no security leaks occurred.

Starfleet Intelligence employed agents for their field operations who were authorised to perform undercover investigations. The head of the organization was known as the Chief of Starfleet Intelligence. Another prominent role in the organisation was the Director/Head of Covert Operations, which as of the year 2381 was Rear Admiral Joseph Nerva Andersson. It was for these missions that SI maintatined a small number of unmarked civillian vessels, for the insertion and retreival of Federation operatives. An Intelligence Officer was a title given to an officer aboard a starship or space station who is responsible for intelligence matters. Intelligence Cadets usually took courses in Communications, Operations or Security, but any other division could be taken as a Minor. Training included: Cryptanalysis; Communications; Security Systems; Sensors; Intelligence Analysis; Interrogation; piloting (small crafts); Psychology; Sensor Jamming; Starfleet Protocol; Survival; Small Unit Tactics; Unarmed Combat & Marksmanship (handphaser and rifle).

Best achieved by being a watcher, SI used listening posts and monitoring stations. Information could be gleaned from any source including commercial traffic tactical scans or border patrol sensor readings. On occasion, if sanctioned, a clandestine crossed border operation could be launched. This was coordinated by an intelligence officer who was assigned to a sector with a small support unit. They also covered the monitoring of military technological development of friendly and unfriendly species or enemy factions. Normally intelligence operatives used an undercover or clandestine typed of operation gathering for this type of information, which would be specific to a technology that gave an unfriendly or a dangerous faction the ability to commit mass destruction or held a significant technological advantage over the Federation. The aim was to ensure that Starfleet had no surprises in the field of combat, that they were aware of the unfriendly species combat capability and ability to detect cloaked ships or the like. This was a perpetual work in progress as unfriendly species introduced upgraded or new systems.

Occasionally the Head of Covert Operations might sanction a mission whereby a team of intelligence operatives were sent into hostile situations to either conduct covert operations which were detrimental to the hostile target, or overt operations in liaison with present forces to quickly neutralize a hostile environment. This, based on the casework done by operatives prior to the operations commencing.