Difference between revisions of "Operation Spark"

In 2374, after Betazed had been taken and occupied by Dominion Forces, a series of attempts to retake the planet were turned back. Recognizing that the roots of the Dominion on the planet were growing deep, Starfleet Intelligence drew up a bold plan to send a number of field operatives to the planet, in order to organize resistance elements into an effective force. This Starfleet insurgent force consisted of 24 volunteers that were brought in from various other operations in the immediate theatre of action and were ferried to Betazed aboard the USS Challenger. A diversionary skirmish was enacted by a small task force, meant to draw away a large portion of Dominion forces in orbit. After they withdrew, the Challenger warped into the system in order to offload the Intelligence operatives. However, it was discovered that the Dominion had enacted a plant wide net of transport inhibitors that made insertion via transporter impossible. The backup measure as taken, and the volunteer operatives were jettisoned via 48 of the Challenger escape pods, twice the number of actual operatives in order to increase their odds of getting through to the planet’s surface.

It would later be determined, that of the 24 volunteers aboard the 48 escape pods, only 12 had made it through to the surface alive.

Spread out across Betazed, the volunteer operatives went about the process of building up resistance elements and coordinating their efforts to disrupt the Dominion’s foothold. Of immediate concern was the disabling of the planetary transport inhibitor, which was sabotaged just eight days after the initial incursion, allowing for future beam ins of addition personnel, or supplies. A few days later, communications silence was broken, as a Resistance Cell operating in Dalaria City managed to implant a carrier wave program into the Dominion’s system of signal jammers, that in turn increased the effectiveness of communications between other Resistance Cells, and with Starfleet elements. This would go a long way to linking up the efforts of planet side resistance, and the Federation Fleet when the time came to push the Dominion off of Betazed.

When Betazed was liberated, only 3 of the original 24 volunteers had made it through the Operation, and despite those heavy casualties, it was still considered a successful operation by Starfleet Intelligence Services. 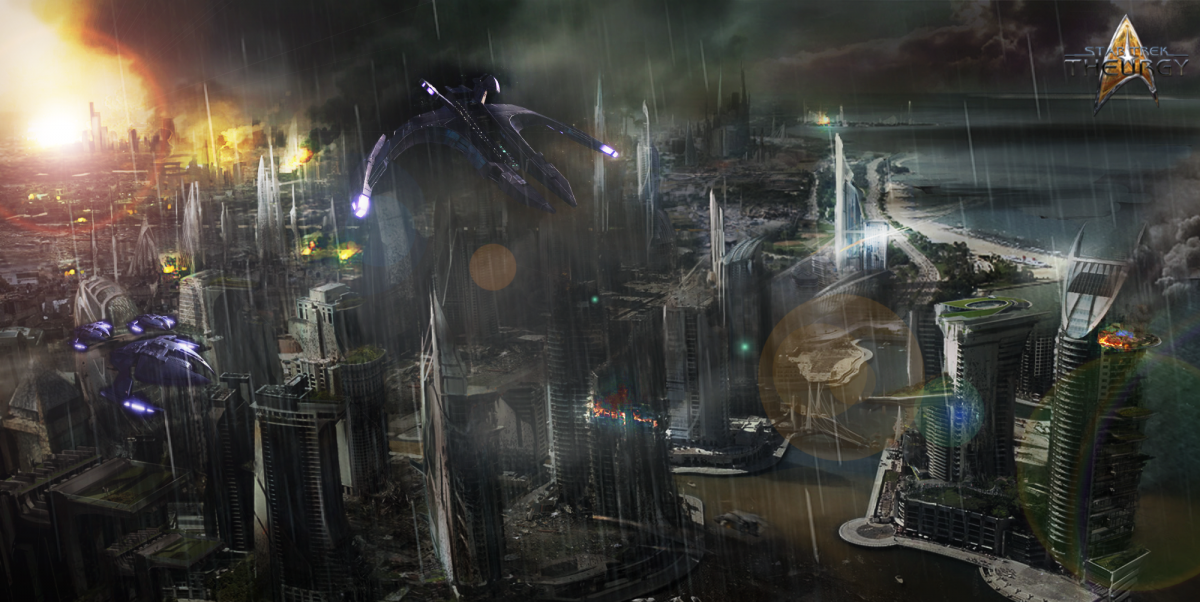 So named for Sariah Rena, a civilian Betazoid woman living on Betazed during the time of the Dominion occupation of the planet. Originally consisting of a mixture of twenty Betazoid civilians and Starfleet Officers, it was the primary resistance element operating within Dalaria City, on the planet. It was the Rena Resistance Cell that was responsible for the sabotage of Dominion Signal jammers that had been placed throughout the major population centers of the cities, turning those jammers into boosters with the implementation of a carrier wave program. The Cell was ultimately undone from within prior to the liberation of Betazed, its surviving members giving rise to the Elos Resistance Cell that did see the planet freed of Dominion rule.

So named for Ebirone Elos, a retired Starfleet Marine living on Betazed during the Dominion occupation of the planet. It was made up of survivors of the Rena Resistance Cell, and other civilian elements of the Betazoid populace. In played a pivotal role in the eventual dislodging of Dominion ground forces in and around Dalaria City, when Starfleet made its final attempt to retake the planet.

Sariah Rena (b.2343)
Sariah Rena was a civilian Betazoid female, who had been on Betazed during the Dominion occupation of the planet in 2374. She had been living in Dalaria City with her parents and younger brother, Aatrah, when the planet was bombarded in the initial attack by the Dominion. Only she, and her brother having managed to survive that attack, their parents were sadly crushed to death when their home was destroyed during the bombardment. With a number of other Betazoid civilians, and a handful of stranded Starfleet personnel, Sariah formed what would go on to be the most effective Resistance movement operating in Dalaria City. Her ability to lead surprised many who fought along side her, as she had no previous experience in combat, or leadership roles.

Aatrah Rena (b.2356)
Aatrah Rena was a civilian Betazoid male, who had been on Betazed during the Dominion occupation of the planet in 2374. He was the younger brother of Sariah Rena and fought along sider her as a part of the Rena Resistance Cell, until it was succeeded by the Elos Resistance Cell. Prior to the occupation, Aatrah had been a staunch opponent of the war, his naïve nature leading him to believe that the Dominion could be bargained with. He had also expressed an interest in music, desiring to become the next great Betazoid composer. As a part of the Rena Resistance, he grew to admire and respect fellow resistance fighter, Ebirone Elos, with whom he had looked up to as a big brother of sorts.

Ebirone Elos (b.2335)
Ebirone Elos was a Betazoid male, who had retired to his home of Betazoid in 2370 after 13-years of service within the Starfleet Marine Corps. He was living in Dalaria City when the planet was attacked, and subsequently occupied by the Dominion. Having known and been close with the parents of the Rena family, Ebirone felt it necessary to look after Sariah and Aatrah after the initial bombardment of Betazed. He in turn, went on to become an integral part of Sariah Rena’s fledgling resistance movement, acting as a stalwart and dependable member of it, and bringing a sense of comradery to the Cell in darker times. When the Cell was dissolved later on during the occupation, Ebirone went on to lead his own Resistance Cell, named for him. After the war ended, Ebirone re-settled to civilian life on Betazed, having opened a popular Ramen Noodles Restaurant in downtown Dalaria City.

Christine Kennedy (b.2343)
Christine Kennedy was a human female, who was stationed on Betazed during the Dominion invasion and subsequent occupation of the planet. A First-Class Petty Officer of Engineering, she had been assigned as part of a Starfleet maintenance team working on a series of Industrial Replicators located in the outer most district of Dalaria City. Originally hailing from Tycho-City on Luna, Kennedy had only barely managed to evade death during the initial Dominion attack, finding refuge with a local civilian populace. She was an active part of the Rena Resistance Cell, that operated throughout Dalaria City during the Dominion occupation.

Albert Brighton (b.2346)
Albert Brighton was a human male, who had been stationed on Betazed as part of a Starfleet maintenance team tasked to a bank of Industrial Replicators located in the outer most district of Dalaria City. Chief Petty Officer by rank, he had been one of only a handful of Starfleet personnel that had evaded the Dominion during their initial attack. He took to the underground and wound up fight as a part of the Rena Resistance Cell until its was succeeded by the Elos Resistance Cell. It was Brighton’s understated brilliance that had devised the carrier wave signal that the Rena Cell unknowingly implemented in order to turn Dominion signal jammers into signal boosters for Resistance Cells, and Starfleet to access.

Betrull (b.2330)
Betrull of Bolarus, was a Bolian male, and member of Starfleet Medical, who had been stranded on Betazed when the Dominion invaded in 2374. With the rank of Lieutenant, he had been assigned to a Dalaria City medical clinic, acting as specialist when the planetary bombardment began. He was spared immediate death, as the Dominion had avoided attacking the building in which he had been working. He was then forced to evade Dominion ground personnel, until he was brought into the Rena Resistance Cell by other Starfleet personnel. For the Rena, he served as the de facto medic, nurse, surgeon, and Doctor for those who would do a bulk of the fighting. During the occupation, he developed a friendship with fellow resistance fighter, Ebirone Elos, with whom he later founded the successor Elos Resistance Cell. After the war had ended, Betrull returned to Dalaria City where he opened a personal medical clinic.